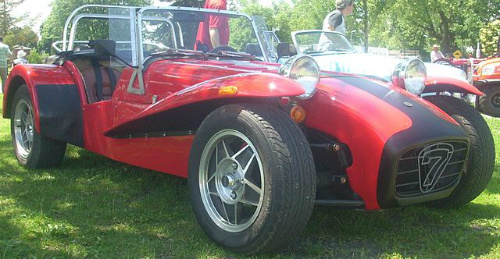 In 1968, the Lotus Seven Series 2 sports car was discontinued after a total of 1,370 units had been built.

By that time, the supply of Standard 10 back axles had all but ceased, and a replacement needed to be found urgently.

Fortunately, Ford saved the day by making available the back axle from the Ford Escort Mexico saloon, which had the advantage of being much stronger than that from the Standard 10 saloon.

In 1967, the Formula Ford racing team used the new Ford Crossflow engines as the standard unit to be fitted to their sports racers.

In a Crossflow engine, the design of the combustion chamber was altered.

Although the head was flat, the piston crown featured a form of Heron combustion chamber.

Also, this range of Crossflow engines was fitted to the Lotus Cortina GT and, shortly afterwards, to the sports versions of the upcoming Ford Escort Mark 1.

The only obvious difference between the Series 2 and 3 was the fact that the rear wings had to be widened in order to accommodate the new, wider back axle from the Escort Mexico. 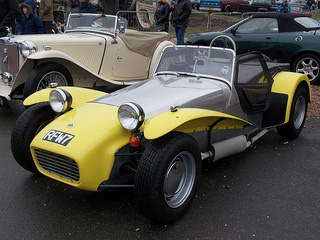 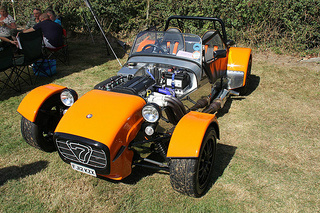 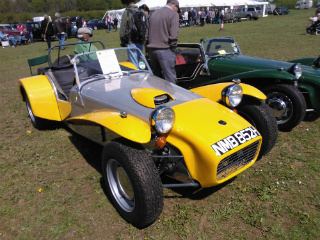 A rarer version of the Seven featured a 1300 cc Crossflow engine, which developed 72 bhp at 5500 rpm.

Up to that time, this was by far the most powerful, expensive, and fastest Lotus Seven that had been produced.

Only thirteen units were ever built, and this model constitutes what is probably the most sought after Lotus Seven,

Later, a version tuned by Holbay could be used, that developed 120 bhp.

Although the Series 3 weighed 200 pounds more than its predecessor, this was more than compensated for by the increased power of the different engines used.

By now, as a result of its racing connections, Lotus had built up a close relationship with Ford.

Consequently, modifications were made to the Series 3 in order that it could utilise a number of Ford components.

Unfortunately, by 1969, discussions were under way at Lotus to determine the future of the Seven.

In passing, it is worth mentioning the existence of the Birkin Lotus Seven.

Birkin Cars was a South African company that manufactured just one product, their version of the Series 3 Lotus Super Seven, both as kit car and pre-built versions.

The cars were marketed through dealerships around the world.

Production began in 1983, and typical 4-cylinder engines on offer included the Ford Zetec and Toyota 4AG.

One interesting development included the replacement of the original live axle with independent rear suspension. 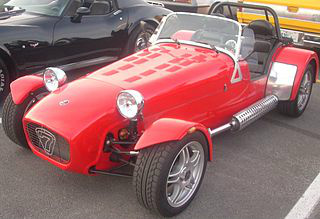