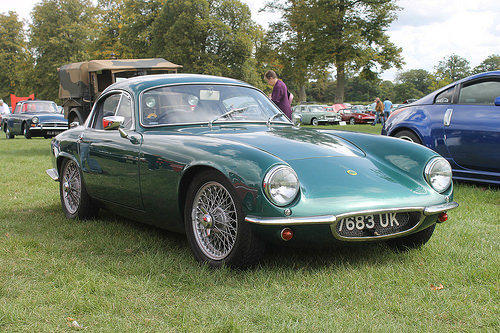 Elite On The Track 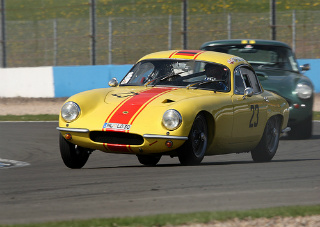 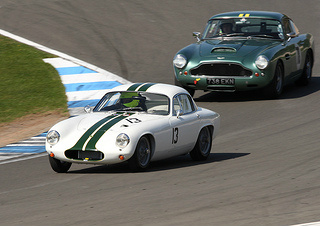 The Lotus Elite sports car was created by Colin Chapman in 1956 as a street car, in the first instance.

Following its debut, the Elite spent a further year undergoing a programme of development prior to production.

It was the very first production car to be built with a fibreglass monocoque construction.

It succeeded the Lotus Seven, with its sheet metal body and tubular space frame chassis.

On the other hand, the Elite was a stylish, fixed head coupe, with a drag coefficient of only 0.29, which was astonishingly low for that time.

Also known as the Lotus 14, it was launched in 1959, and was conceived as a competition sports car.

The standard gearbox was a four speed MG unit, but a four speed all synchromesh, close ratio ZF box was offered as an optional extra.

The Elite had the unrivalled handling of the Lotus Seven, presented in a more traditional body styling.

The four wheel independent suspension used coil springs at the front, and a form of MacPherson strut at the rear. The steering was by Rack and Pinion.

This was followed by the Elite Super 95 variant, which developed 95 bhp from a higher tuned engine, with a higher compression ratio, and a modified camshaft. 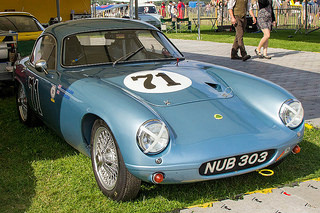 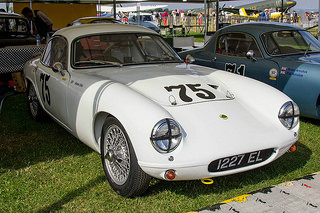 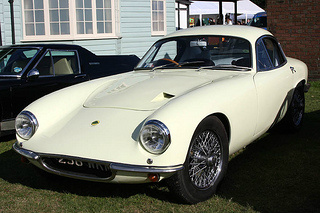 The Lotus Elite sports car used a glass reinforced plastic (GRP) monocoque body structure, with the front of the construction incorporating a steel subframe, which supported the the engine and front suspension.

Maximar Mouldings, a well known boat builder, were given the initial contract to build the first 250 body structures, giving rise to the Series 1 Elite.

This used a single SU carburettor, had a compression ratio of 10.0:1, and gave an overall fuel consumption of 40 mpg.

As a result of early problems, this work was subsequently handed over to the Bristol Aeroplane Company, who produced both a lighter and stronger structure, which was designated the Series 2.

This model was fitted with two SU carburettors.

The Series 2 sports car featured an improved rear suspension, with upgrades being made to the interior panels, as well as increasing the level of engine tuning.

However, there were early failures at Bristol in relation to the mounting points for the differential and rear suspension, but these were soon rectified by the introduction of metal reinforcements at the weak points.

Subsequently, production methods were refined so that such inserts were no longer required.

However, the problems associated with GRP were, at that time, still not fully understood, with the result that it was not uncommon for the suspension attachment points to pull away from the fibreglass structure.

Further, a number of components situated in the drivetrain were subjected to high levels of stress, which necessitated regular re-greasing.

The Elite was offered as a kit car, which was regarded as a mistake for a company regarding itself as a quality manufacturer.

It has been estimated that Lotus lost £100 on every Elite built, due to the fact that the car was underpriced, quality control was poor, and the production process was too expensive for a company that was, in effect, underfunded.

Its racing achievements included six Class wins at the Le Mans 24 hour race, and two wins in the Index of Thermal Performance.

It was succeeded by the Lotus Elan sports car in 1963.


Top of the Page: