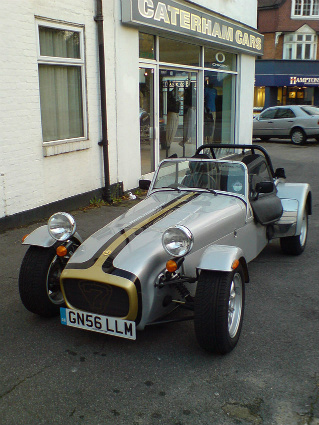 Later Caterham Seven sports car. In August 1973, Caterham Cars received the rights to the Lotus Seven and, from that time, continued production of the Series 4 model.

By the 1980's, they were producing their own version under the name Caterham Seven.

In 1983, the Cosworth BDR (Belt Drive R-Type) engines were introduced, the first being the 1.6 litre unit, developing 140 bhp.

1985 saw the first change to the Caterham Seven when the De Dion back axle was offered as an optional extra.

Soon after, the HPC model was fitted with Vauxhall's 2 litre, 16 valve, XE engine which, with an upgraded induction and exhaust system, developed 175 bhp, with a 0-60 mph time of 5.2 secs.

In 1990, developments of the non Classic Seven range included the introduction of the lightweight, Rover K Series engine, with an aluminium block.

The first engine to be used was the 1.4 litre, K Series, as used in the Metro GTI saloon.

Since it only developed 103 bhp, it was regarded as uncompetitive, and was rejected by the market.

That year, the premier engine was the 2 litre, Vauxhall HPC unit, developing 175 bhp, as used in the Vauxhall Calibra saloon.

There were also HPC Evolution Seven's, fitted with engines developing 218 bhp and 235 bhp. 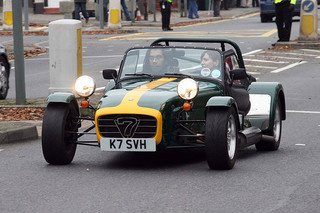 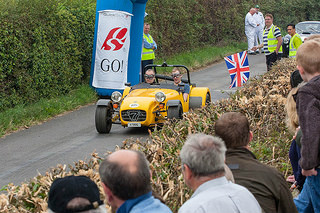 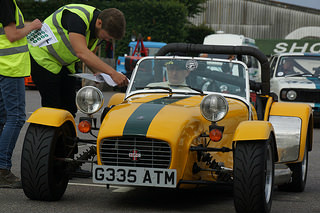 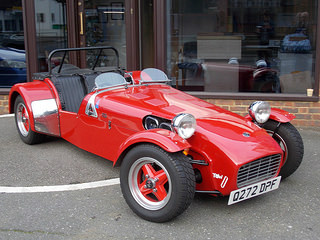 It was fitted with a 2 litre engine from a Vauxhall Touring car, and its weight was reduced in  various ways, such as replacing the windscreen with an aeroscreen.

In fact, with performance like this, its only known competitor was the McLaren F1.

On the other hand, the majority of customers chose the HPC model, which developed a more manageable 175 bhp.

This reignited sales of the K Series Sevens sports car.

In 1996, the 1.6 litre, K Series engine was introduced, with the 1.8 litre unit following a year later, both with different levels of tuning.

That same year saw the launch of the Caterham Superlight range of Sevens, which used lightweight materials to reduce the overall weight as much as possible, and were based on K Series engines, developing ever increasing power.

The weight was reduced by removing non essential items, such as the spare wheel, carpets, heater, hood, doors, and replacing the windscreen with an aeroscreen. Also, the front wings and nosecone were made of carbon fibre.

With this performance, it established a new lap record at Nurburgring for production cars.

However, a Porsche 911 GT3 broke this record two years later.

Not to be outdone, Caterham introduced the Superlight R500, sporting a highly tuned K Series engine, developing 230 bhp, and with a 0-100 mph time of 8.2 secs.

With this car, they duly beat the Porsche's lap time.

Between 1997 and 2006, there were many exciting developments in the Caterham Seven sports car.