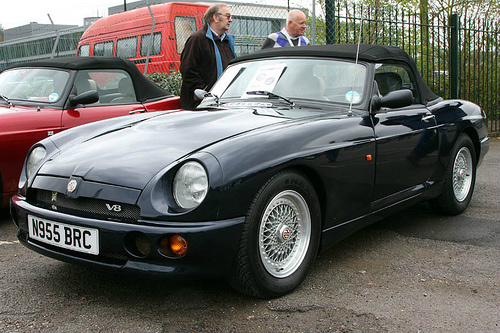 MG On The Track 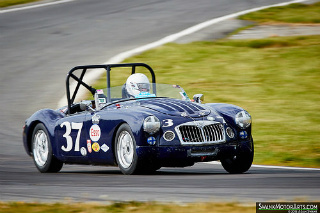 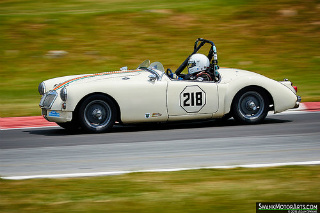 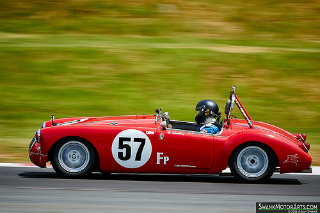 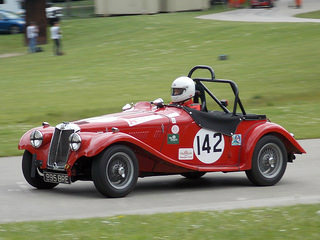 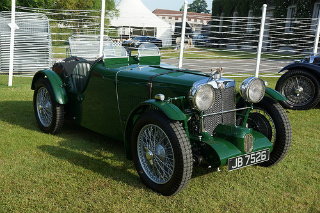 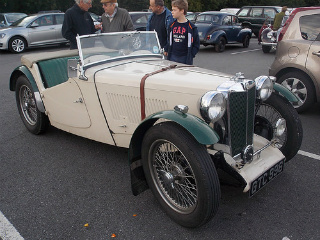 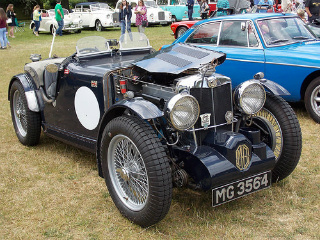 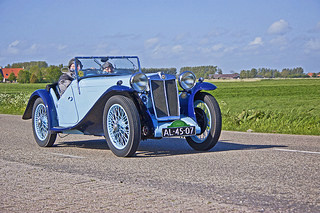 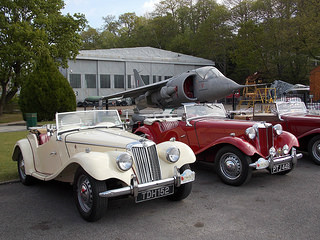 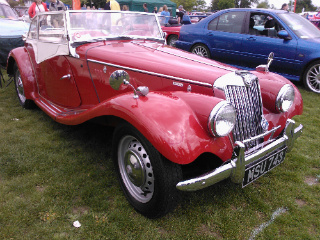 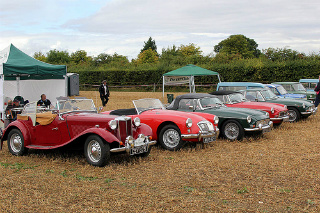 The MG sports car. In 1955, the MG T-series was finally phased out in favour of the MGA, which symbolised a styling breakthrough in respect of its predecessors.

The MGA 1500 sports car mounted a separate body to a rigid frame, and used a 1.5 litre, 4-cylinder engine with two carburettors.

It was a two door, two seater model, available as a convertible or fixed head coupe. There were drum brakes on all four wheels. 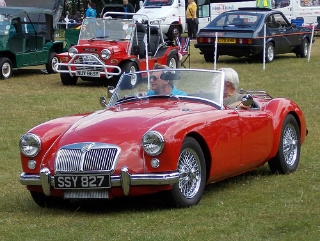 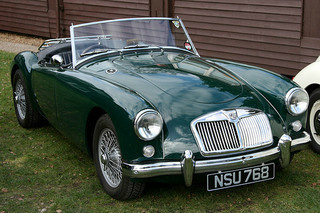 In 1958, the MGA Twin-Cam sports car was introduced. It used a 1.6 litre, high compression, double overhead cam engine with an aluminium cylinder head.

It was an unreliable engine, which suffered from detonation problems and burning oil. A low compression version developing 100bhp was later added. 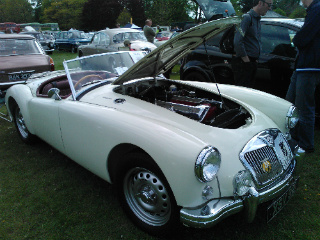 Apart from minor changes to the trim, the two cars were similar, externally. 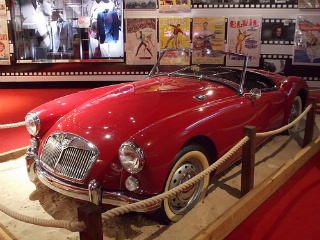 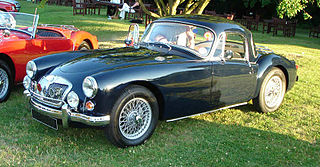 It used a larger 1622cc engine, a higher back axle ratio for smoother high speed driving, and a grille that was inset. 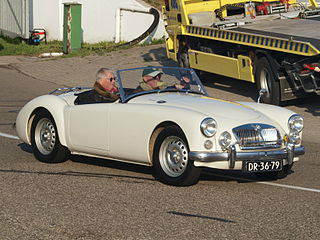 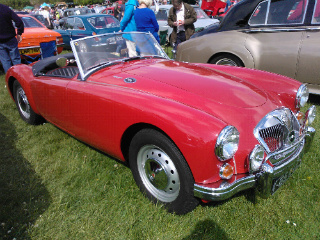 The introduction, in 1962, of the MGB Mark 1 sports car, a two door, two seater convertible, represented a radical change in design.

It used a monocoque structure, instead of the body being attached to a chassis as was the MGA and MG T-types. The result was a more resilient structure. Later, in 1965, a 2+2 version was added.

It incorporated a 1.8 litre engine, with two SU carburettors, and a four speed gearbox. The suspension was softer for a smoother ride, and there was an optional overdrive unit. 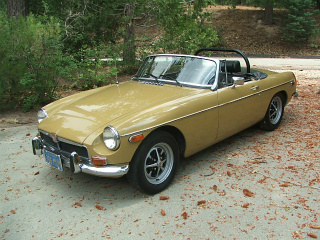 Near the end of 1967, the MGB Mark 2 was launched following a number of technical changes, which included:

Otherwise, the specification and performance was as per the Mark 1.

Additional changes in 1972 led to the introduction of the MGB Mark 3. These included:

Furthermore, US emission control regulations resulted in the power output  being reduced to 84bhp.

This was the final version of the MGB, with production having ended in 1980 with nearly 90% of output being exported, almost exclusively to the US.

In 1965, the MGB GT sports car was introduced. It had a fixed roof, and was marketed on the basis of its distinctive hatchback style.

It was, essentially, a 2+2 design combining a rear bench seat and substantially more room for luggage, compared with the roadster. The only difference was in the suspension  with stiffer springs at the rear and the addition of anti roll bars.

In terms of performance, it was about 5mph faster than the roadster, due to its aerodynamic shape, but acceleration was marginally slower due to the increased weight of the rear section. 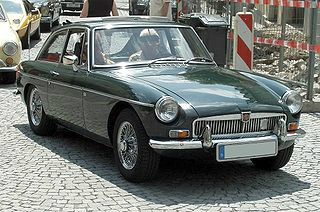 In 1967, production of the Austin Healey 3000 was scheduled to end. Accordingly, a suitable replacement could involve adding its 2.9 litre, straight 6-cylinder engine into the MGB.

This heralded the birth of the MGC sports car, available in both GT and convertible variants. From the outside, the only difference between it and the MGB was a noticeable bulge in the front of the bonnet to allow for the relocated radiator.

The heavy engine and revised suspension had an adverse effect on the cars' handling, and was partly responsible for limiting its popularity. 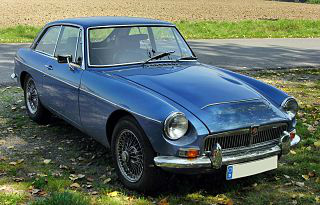 In 1973, a more powerful version of the MGB GT was introduced. It was fitted with a Rover 3.5 litre, V8 engine, with an aluminium block and head, and two SU carburettors. It was designated the MGB GT V8 sports car.

Since this engine was lighter than the 1.8 litre MGB engine, it only required minor chassis changes, and handling was unaffected.

This model was never exported to the US. 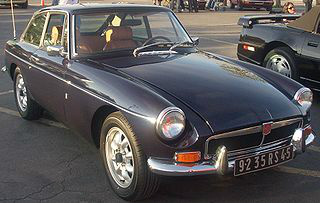 In 1992, the original MGB underwent restyling with the addition of new body panels and a modified suspension.

At the same time, a new power plant was fitted in the form of a 3.9 litre version of the aluminium Rover 3.5 litre, V8 engine. The result was the introduction of the evocative MG RV8.

Unfortunately, it retained rear drum brakes and leaf spring rear suspension, and as such was regarded as old fashioned. Over 75 % of total production was exported to Japan. 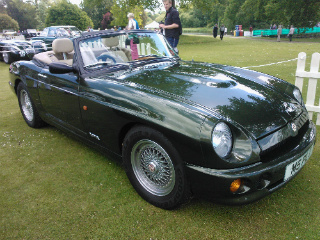 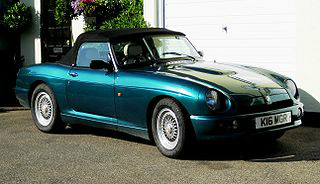 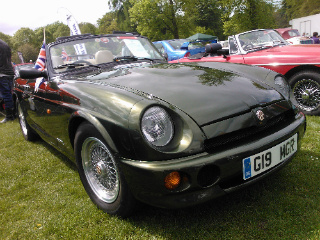 Got any stories about Your Favourite MG Sports Car?