The TVR Tasmin 280i Sports Car 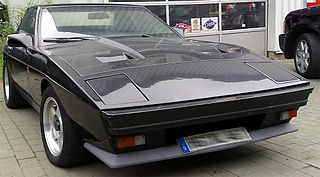 The TVR Tasmin 280i Series 1 sports car, launched in 1980, was powered by a Ford 2.8 litre, Cologne V6 engine, which was fitted with Bosch K-Jetronic fuel injection, and linked to a four speed gearbox.

It had a compression ratio of 9.2:1, and used power assisted four wheel disc brakes, with 10.3 inches in the front and 10.4 inches at the rear.

A Ford three speed automatic transmission was available as an optional extra which meant that, in fact, the Tasmin 280i was the first TVR to offer this refinement.

In 1981, the original Series 1 Tasmin 200 and Tasmin 280i were replaced by the Series 2, which brought with it many much needed improvements, including:

That same year, the TVR Tasmin 280i sports car was renamed the TVR 280i, with the Tasmin name now being discarded.

When the TVR 280i was discontinued, it was succeeded by the TVR S, which was powered by the same engine, but priced much more attractively. 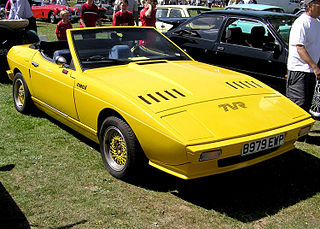 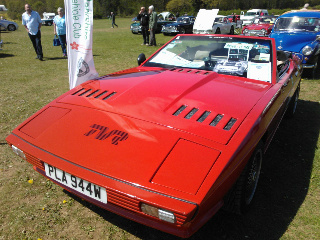 The Tasmin in the US

The Tasmin was first introduced into the US market in 1983, and designated the TVR 280i sports car.

However, the output of its German Ford V6 engine had been reduced from 160 bhp to 145 bhp in order to comply with strict US emission control regulations.

Consequently, the 0-60 mph time increased correspondingly from 7.8 secs to close to 10 secs.

Such performance, and the relatively high selling price, had an adverse effect on sales, most of which were in convertibles.

Since the 2.8 litre Ford Cologne V6 engine had already cleared US emission regulations, the TVR 280i Series 2 was launched onto the US market in 1987.

What's more, they were exported to the US in much smaller numbers than previously, and only throughout 1987.

As a note in history, this model was the last TVR to be exported to the US, with numerous reasons being offered for its withdrawal from this lucrative market.