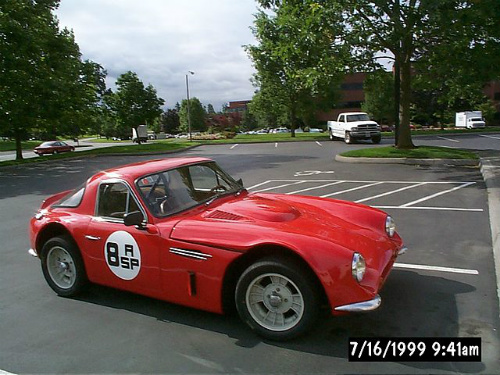 This HI-PO engine was available as an optional extra in the Griffith 200 variant, which tended to use the standard Ford 289 V8 unit that developed 195 bhp. 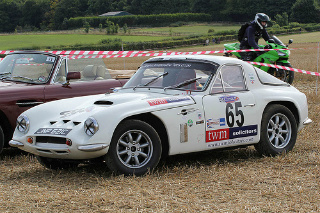 Unbelievably, despite the huge increase in power produced with the 200 variant, it was still fitted with the same BMC back axle as used in the Grantura Mark 3, with the 1.8 litre engine.

Due to the addition of an alternative Salisbury differential, with a higher gear ratio, the 400 variant was slightly heavier than the 200 version.

However, the upside was that this addition helped to produce a higher top speed for the 400.

As a result of its redesigned rear suspension, the 400 was significantly lighter than its greatest adversary, the AC Cobra, which increased its relative performance.

However, the 400 suffered from the same build quality problems as had beset the 200 although, ironically, the cars destined for the UK market were built to a higher standard.

In early 1965, the east coast of the USA was brought to a near standstill by a prolonged dock strike.

This caused a severe disruption in the supply of 400 variant bodies that were being delivered from TVR in the UK.

If this was not bad enough, it also caused delays in the shipment of the body panels for the new Griffith 600.

This particular model featured a restyled body, built of steel rather than GRP, and produced in Turin, Italy.

Jack Griffith even went to the lengths of having the GRP bodies shipped by air across the Atlantic in order to maintain production.

The final outcome was that only 59 units of the Griffith 400 were built that year on his New York assembly line.