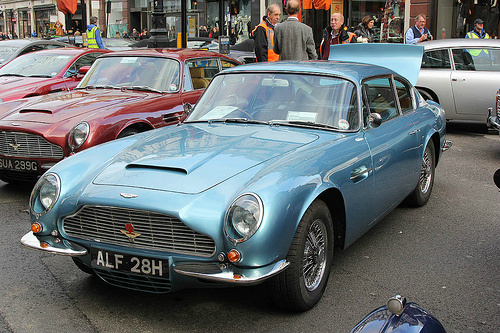 The DB5 sports car was produced until late in 1965 by which time a total of 1,023 units had been built, making it one of most popular sports cars from Aston Martin.

The body styling was by the noted Italian coachbuilder Carrozzeria Touring of Milan, who then submitted proposals for the design of the DB6.

Unfortunately, this submission was rejected by Aston Martin who felt obliged to concentrate instead on their own version currently under development.

However, as part of the trials of the proposed new car, it was found that, due to the styling of the fastback, there was a tendency for the rear wheels to lose traction when the car was driven hard.

This was due to adverse aerodynamics in the rear section, and was overcome by extending the chassis by 3.75 inches, and adding a small spoiler to the rear, which together produced greater stability at high speed.

Consequently, production of the new two door coupe, designated the Aston Martin DB6 sports car, began in September 1965, and it was duly launched a month later at the London Motor Show.

The DB6 differed fundamentally from its predecessor by having a longer wheelbase, split bumpers at both front and rear, and a different profile when viewed from the side.

The styling of the rear section took its lead from the Ferrari 250 and which, subsequently, proved not in keeping with some of the more tradition customers.

Unlike the DB5, which used the Superleggera (meaning super light) tubular frame structure patented by its coachbuilder Touring of Milan, the DB6 used the more conventional system of adding the body to a platform frame.

This system was suited to the DB6's longer wheelbase in which the extended rear section required the additional strength available from a sheet metal frame.

Interestingly, the DB6 with this alternative structure only weighed 17 pounds more than the DB5.

A combination of a steel body and frame produced a curb weight of 1474 kg, with disc brakes all round.

A total of 1,967 DB6's were built, including the Mark 2, Volante, and Shooting Brake variants. 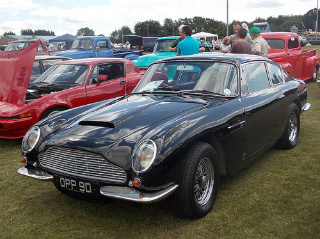 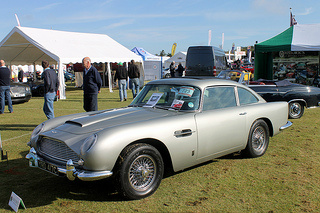 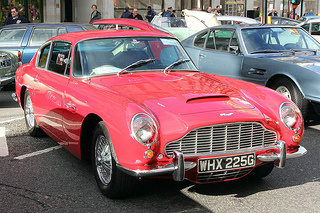 In 1969, the Mark 2 sports car variant was introduced with the following identifiable feature: the front and rear wheel arches were flared in order to accommodate the wider tyres fitted to the 1/2 inch wider wheels.

Also, available as an optional extra, were electronic fuel-injection from AE Brico, together with a modified cylinder head to withstand the raised compression.

Both Standard and Vantage engines were unchanged from the Mark 1 variant.

Alongside the DB6 coupe at its launch in 1966 at the London Motor Show, was the 2+2 convertible variant, better known as the DB6 Volante.

By 1971, just 140 of the Volante were built, which included 29 cars with the optional Vantage engine 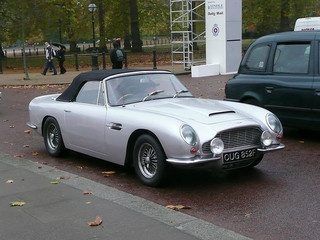 As was the case with the DB5, the British coachbuilder Harold Radford converted a total of seven DB6 coupe's into the estate variant, also referred to as the DB6 Shooting Brake, to satisfy demand from the hunting and countryside fraternity.

As before, both Standard and Vantage engines were available. Furthermore, the curb weight of this variant was 1587 kg compared with 1474 kg of the standard coupe.