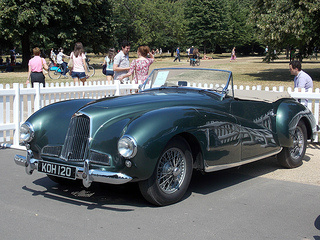 The first sports car from Aston Martin appeared in 1914.

In the early 1940's, this unit was replaced by a 2 litre, four cylinder, OHV engine, with two SU carburettors, and a compression ratio of 7.25:1.

Linked to a four speed semi-automatic gearbox, this developed 90 bhp at 4750 rpm.

There was independent front suspension, and leaf springs at the rear using Armstrong hydraulic shock absorbers. Production of the Atom ended in 1944.

In 1947, it was decided to design a new car but, by that time, the company was in financial difficulty, and required a cash injection.

History has it that when the industrialist David Brown drove the Atom in 1947, he was so impressed that he purchased the Aston Martin company, having already acquired the Lagonda company.

Using the Atom as a basis, David Brown felt that a convertible or drop head coupe variant, with long sweeping body styling, would be the most appropriate format for the production of the new car.

Even though larger, alternative, six cylinder twin cam engines were available from Lagonda, it was decided to retain the same 2 litre unit, as used in the Atom, and fitted with a David Brown four speed, all-synchromesh, manual gearbox.

It had a steel body, with a highly distinctive three part grille, on a steel chassis, with a kerb weight of 1140 kg.

It used Girling 12 inch hydraulic drum brakes all round on 16 inch rims, with worm and roller steering.

An intriguing design feature was the presence of a compartment in one of the front wings in order to store the spare wheel.

The new sports car was designated the Two Litre Sports, and launched at the 1948 London Motor Show, when production would continue until the introduction of the DB2 in 1950, at which point the car would receive the alternative name of Aston Martin DB1.

Unfortunately, the presence of a heavy two seater, drophead-styled body, and an engine with only modest output, made for a car that was underpowered, which was reflected in the fact that only 13 units of the DB1 were built.

Furthermore, the chassis was only suitable for a limited production run, which meant that the car was expensive to produce, and hence not a profitable venture. 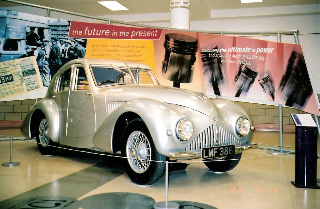 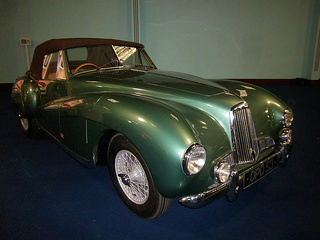 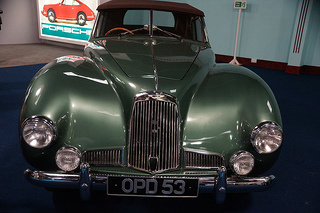 Prior to the launch of the DB1 sports car, it was decided that, as a means of thoroughly testing the chassis and engine, the car would be entered in the 1948 Belgian Spa 24 Hour race.

The existing body was replaced by a special version based on a small two seater convertible.

As a result, the car won the race outright, and was duly designated the Spa car.

After the race, this car was rebuilt, and displayed alongside the DB1 at the 1948 London Motor Show.

However, this single Spa Replica, as it was known, failed to produce sufficient interest to warrant actual production, and was subsequently exhibited at the Dutch Motor Museum. 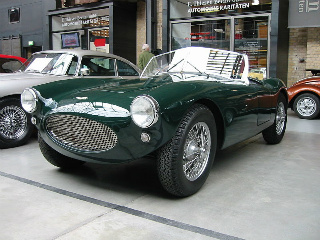 The market in which the Aston Martin was pitched included the following sports cars: Triumph 2000, Cisitalia 202 SMM Spider Nuvolari, Bristol 401, and Maserati A6