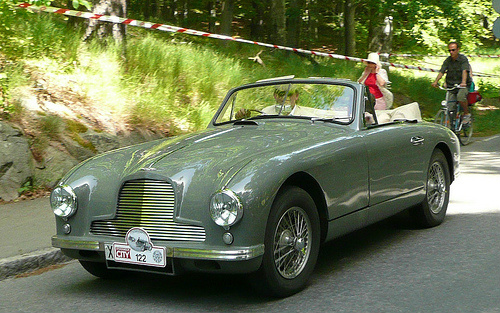 The Aston Martin DB2 sports car was launched in 1950 at the New York Motor Show, as the natural successor to the DB1 Two Litre Sports, and priced at £1,914

It was offered as a two door, two seater fixed head coupe and, later that year, as a drop head coupe.

Early DB2's had a three-piece chromed front grille with large cooling vents in the front wings, but later models had a one-piece grille, and no vents.

The bonnet was hinged at the front, the spare wheel was positioned at the rear, and there was space for luggage behind the front seats.

The first few DB2's used a tubular steel chassis from the DB1 that had been both shortened and strengthened, together with a six cylinder, 2.3 litre Lagonda engine, and four wheel coil spring suspension, independent at the front.

It used Girling hydraulic drum brakes all round, and had a kerb weight of 1207 kg.

However, the final production version was based on the works cars that used the Lagonda 2.6 litre engine, and aluminium body panels.

With orders for 100 cars being placed at the launch, sales of the DB2 were such that the company was stretched to keep up with demand. 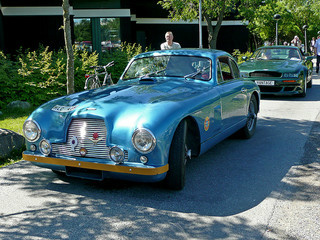 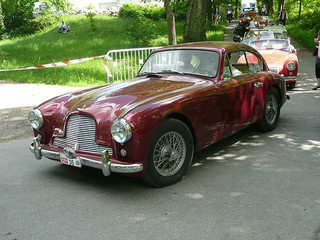 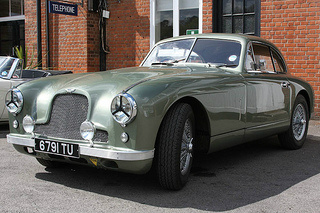 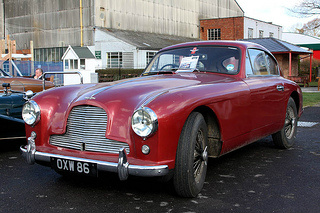 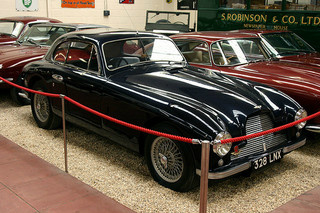 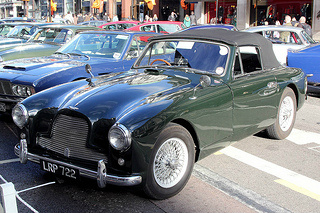 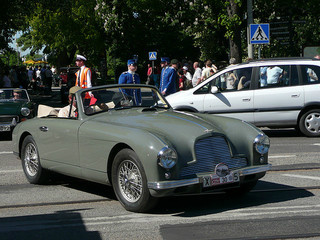 In the DB2, the 2 litre, straight four engine of the DB1 was replaced by the more powerful Lagonda 2.6 litre, straight six, DOHC engine, available as a result of David Brown securing both Aston Martin and Lagonda in 1947.

In 1951, the more powerful DB2 Vantage sports car was launched, and featured a modified engine with larger carburettors, a different camshaft, and a compression ratio increased from 6.5 to 8.2:1.

However, this variant was not suitable for the home market owing to the availability of only post-war low octane fuel. 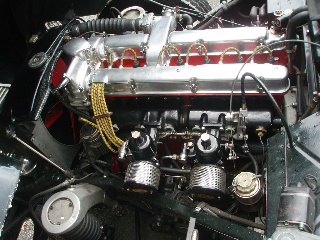 THE DB2 ON THE TRACK 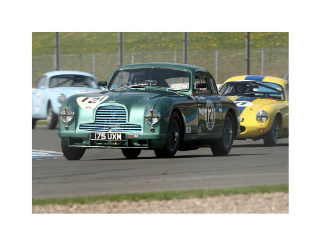 Repeating the pre-launch trial of the DB1 sports car in the 1948 Belgium Spa 24 Hour race, a pre-production works DB2, fitted with the Lagonda straight six engine, was entered in the 1949 Le Mans 24 Hour race, but had to retire.

Not to be outdone, a month later, it finished third in the 1949 Belgium Spa 24 Hour race.

A year later, works DB2's finished in position five and six in the 1950 Le Mans, with Aston Martin winning the first two places in the 3 litre class.

Also that year, a DB2 came second in its class in the very first Sebring 12 Hour race in Florida.

In 1951, the works team came in fourth and fifth at Le Mans. 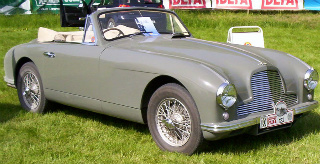 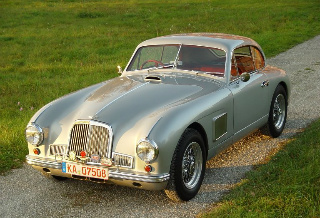