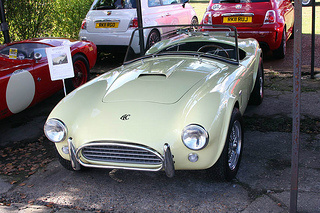 The AC Ace sports car. In 1947, AC Cars launched the AC 2-Litre as both two and four door saloons although, two years later, a drophead coupe and Buckland tourer were added to the range.

Since this was a rather ageing model, the company accepted a design for a new two seater convertible sports car which incorporated a lightweight, ladder style tubular frame, with all round independent leaf spring suspension, and an alloy body.

The body styling displayed the influence of the two seater Ferrari 166MM Barchetta.

Early Ace's were fitted with the 2 litre engine, designed by John Weller in 1919, together with a Moss gearbox, and in its first year of production, less than 60 units were built.

However, this was a totally unsuitable engine to use with the new modern chassis, and what was required was something more sporty and up-to-date.

Notwithstanding, in 1953, the AC Ace was launched, using the existing engine, new chassis and body, as a two seater, stylish convertible, and was one of the UK's first post WW2 sports cars to be produced.

In 1956, after about 220 cars had been built, Bristol Cars, a manufacturer of hand built luxury cars, offered its 2 litre engine as an optional unit for the Ace.

Ken Rudd, an AC dealer in Worthing, Sussex, fitted a tuned Bristol engine in his own AC Ace, and presented the car at the 1956 Easter Monday race meeting at Goodwood.

This straight, 6-cylinder engine, fitted with three SU carburettors, developed 130 bhp at 4750 rpm in conjunction with a slick four speed gearbox. The Ace now produced a top speed of 116 mph, with a 0-60 mph time of 9 secs.

This ushered in the domination of British sports car racing by the AC Bristols. 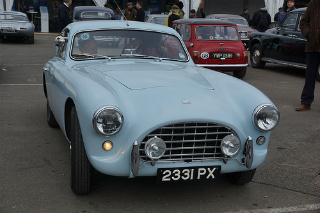 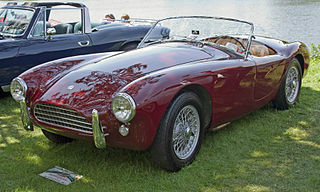 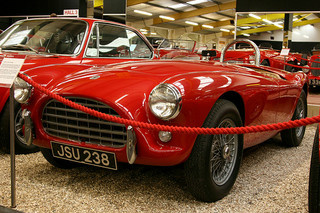 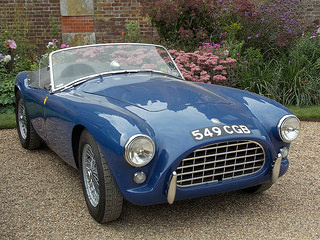 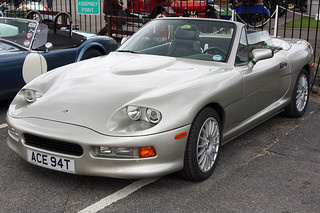 Later that year, an overdrive unit was introduced and, from 1957, front wheel disc brakes were offered as an optional extra, although they subsequently became a standard item.

In 1961, Ken Rudd of Ruddspeed, which originally provided engine tuning for Austin Healey's, adapted the engine from a Ford Zephyr saloon, which developed 90 bhp in standard spec, to produce a 2.6 litre, straight 6-cylinder optional engine for the Ace.

This variant was fitted with front disc brakes, hydraulic shock absorbers, rack and pinion steering, and a four speed gearbox.

The engine used either three Webber or SU carburettors, and either a cast iron or Mays cylinder head, which had polished ports and reworked combustion chambers.

To cope with the increased power, the chassis was strengthened, and stiffer springs were used.

These variants, built around 1962, made use of a smaller more prominent front grille. However, only 46 of these 2.6 litre versions were built between 1961 and 1963.

The AC Ace was entered in the Le Mans race in both 1957 and 1958, where it gained a seventh and eighth place result respectively.

In 1961, Bristol Cars ended production of their 6-cylinder engine and, around this time, Carroll Shelby expressed an interest in adapting the Ace by replacing the 2.6 litre engine with a huge Ford V8 unit.

In fact, powered by a Ford 289 cubic inch V8 engine, the AC Ace, now called the Cobra, took the winning slot in the GT class in the June 1964 Le Mans race.

Prior to the introduction of the AC Aceca, a fixed head coupe, the Ace received a detachable hardtop as an alternative to the convertible.

After 680 cars had been built, the Ace was phased out in 1963 following the launch of the AC Cobra, when production was diverted exclusively to that of the Cobra.