The Later Morgan Plus 8 Sports Car 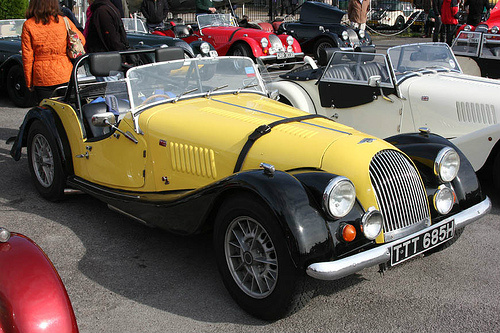 A total of 3,506 of the Morgan Plus 8 sports car had been built by 1986, and their popularity continued to grow both in the US and UK.

The standard production model was fitted with two Stromberg carburettors, whilst an optional variant, fitted with a Bosch L-Jetronic fuel injection system, was designated the Plus 8 PI.

However, demand ultimately favoured the latter variant, and so it was that this model became the standard production version.

That same year, the cam gear steering system was replaced by rack and pinion.

In 1990, the original Rover 3.5 litre, V8 engine was replaced by the 3.9 litre unit as used in the Range Rover Vogue SE saloon.

In 1991, the lever arm units used at the rear were changed in favour of Gabriel telescopic dampers.

In 1993, wire wheels were offered as an optional extra, and servo assisted brakes were introduced.

Since one of the criticisms of the Plus 4 concerned the difficulty, by some customers, in entering and leaving the car, it was decided to address this problem by the introduction of the Long Door variant.

Apart from providing more interior space to alight, different headlights were used, and the windscreen was lowered. 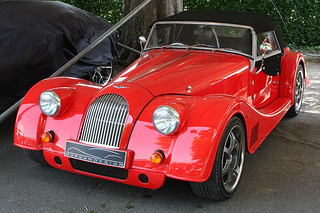 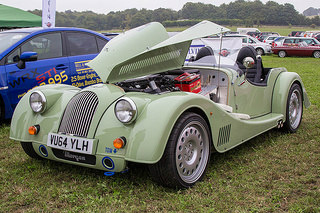 Around 300 of this variant were finally built.

In 2000, all Plus 8's were fitted with the GEMS fuel injection system, as used in the Land Rover Discovery saloon.

In 2003, to commemorate the 35th Anniversary of the Plus 8, a limited edition model of around 200 units was introduced, which featured a standard engine with stainless steel over riders and wire wheels, a mesh grille, and a walnut dashboard.

In 2004, the Rover V8 engine was no longer able to meet the strict US emission regulations with the result that, since US exports were its major market, production of Plus 8's had to end.

With the Plus 8's luxurious interior now trimmed in leather and wood, its market segment was slowly shifting away from that of being a pure performance sports car.

However, this more up market image did not conceal certain shortcomings identified by customers:

One motoring journal described the Plus 8 as totally outdated, but strangely enjoyable to drive.

With a production life of 36 years, the Plus 8 was Morgan's best selling sports car.