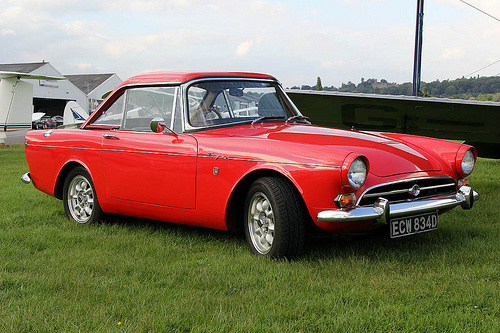 The Sunbeam Tiger Series 1 sports car. Since Carroll Shelby's prototype, the Thunderbolt, had been chosen, he was keen for production of the new sports car to take place in America.

However, Rootes Group decided that they wanted full control of the production function, and felt it should be kept in the UK.

Since their existing factories did not have sufficient capacity to build the Tiger as well, the assembly contract was given to the carmaker Jensen, situated in West Bromwich.

The timing was fortuitous since one of Jensen's assembly contracts had recently been cancelled.

The first fourteen pre-production units built by Jensen utilised the bodyshell of the Series 3 Alpine until that of the Series 4 became available towards the end of 1963.

The Pressed Steel Company in nearby Cowley supplied painted bodyshells, whilst the engines and gearboxes were shipped over from Ford in the US.

Since it was known in advance that the engine was a tight fit, novel methods were employed in its positioning in the Alpine engine bay, such as the use of a sledgehammer.

With an assembly rate of some 300 units per month, the initial production was scheduled solely for the US.

A Borg Warner T10 four speed, all synchromesh gearbox was used, initially, since the Ford equivalent, as used in the Ford Mustang, was not yet available.

The first 3,763 Sunbeam Tiger sports cars to be built were designated the Mark 1, and featured:

It used 4.5 inch wide steel wheels with 13 inch cross ply tyres, as on the Alpine Series 4. This was surprising bearing in mind the greatly increased power output of the Tiger.

Also, the increased heat generated in the cramped engine bay soon travelled into the passenger compartment.

The specification of the Series 1 Tiger included:

There was very little difference between the suspension and braking systems of both Tiger and Alpine. 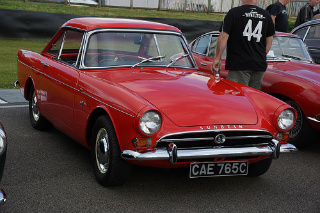 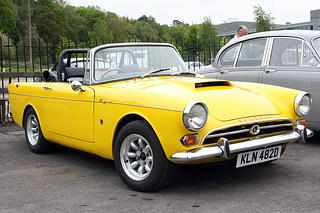 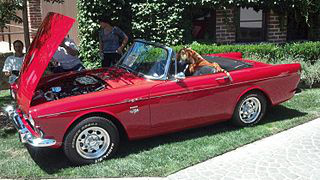 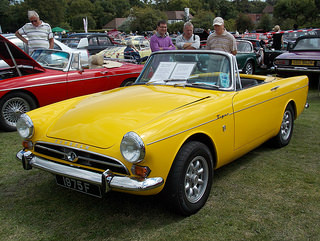 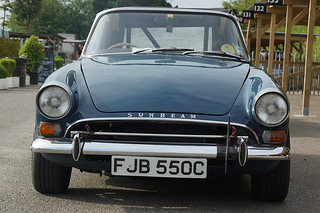 As a result of the various modifications made to the Series 1 Tiger, it weighed 345 pounds heavier than the Alpine which, bearing in mind the huge additional power, had little effect.

One distinctive weakness of the Series 1 engine was that, due to the inadequate tension of the valve springs, it had a tendency to seize up when revved, under extended load, in excess of 5000 rpm.

This was duly rectified in the 289 cubic inch Series 2 engine.

To emphasise the cars' US connections, a badge displaying "Powered by Ford 260" was positioned on each wing below the Tiger logo.

Output earmarked for the UK market was not available until March 1965.

Production of the Series 1 ended in the latter part of 1965.

The Sunbeam Tiger Series 1A

When production of the Series 1 Tiger ended, the next 2,706 Sunbeam Tiger sports cars were designated the Series 1A.

In all other respects, it was identical to the Series 1 version.

The Series 1A version was preferred by many due, in part, to the increased level of refinements.

Production of the Series 1A ended in December 1966 when it was replaced, a month later, by the Sunbeam Tiger Series 2 sports car. 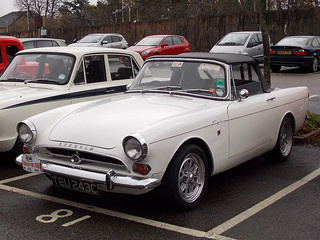