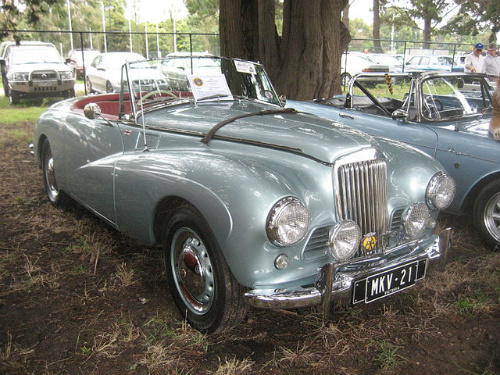 The new Sunbeam-Talbot sports car was launched in 1948 by the Rootes Group in two versions:

Both were offered as either a drop head coupe or a four door saloon, and their engines were based on pre-WW2 4-cylinder, side valve units, but which were now fitted with uprated cylinder heads using an overhead valve arrangement.

Designated the Mark 1, they had a four speed gearbox, used a column gear change, and remained in production until 1950.

Following some styling changes both inside and out, the improved Mark 2A drop head coupe was launched in 1952, and was used as the basis of a stylish convertible, the Sunbeam Alpine sports, which was introduced in 1953.

It was a two seater convertible originally modified by George Hartwell, a Sunbeam-Talbot dealer, as a limited edition rally car.

It used the same 2267 cc, 4-cylinder, overhead valve engine as the Sunbeam-Talbot 90, combined with a single Stromberg carburettor.

One of the features of the Alpine was its emphasis on the comfort of its occupants, which included deep cushioned seats, a very efficient heater, and plenty of luggage space.

For use in competitions, the front windscreen could easily be removed and replaced with low, plastic, racing screens

A review of the specification of both the Mark 1 and Mark 3 Alpines indicated that the only difference between the two models was: 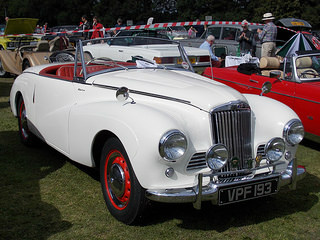 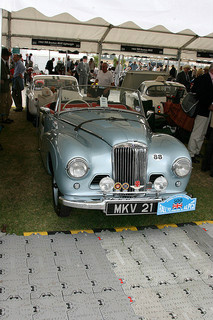 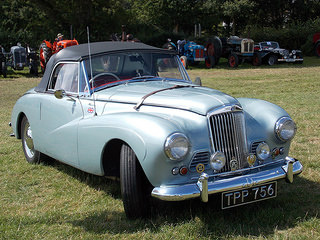 Compared with other British sports cars, it was more powerful than the MG TD, but was no match for the Jaguar XK120, even though the two cars weighed the same.

This aside, the Alpine fared well in international rallies.

The name Alpine was attributed to the previous Sunbeam-Talbot's rally success in the six day Coupe des Alpes, driven by such notaries as Stirling Moss and Sheila van Damm.

In the 1953 Alpine Rally, the prize of the Coupe des Alpes went to a team of four Sunbeam Alpines, one of which, driven by Stirling Moss, finished in sixth position.

In fact, he was one of only two rally drivers to win a Gold Alpine Cup in the Alpine Rally.

The original Alpine sports car was hand built by the coachbuilders Thrupp and Maberly in both the Mark 1 and 3 versions (for an unknown reason, a Mark 2 was never produced).

Out of a total production of 1,582 of the Mark 1-3 Alpine, 961 were exported to the US and Canada as left hand drive models, 445 stayed in the UK, and the remaining 175 were exported elsewhere.