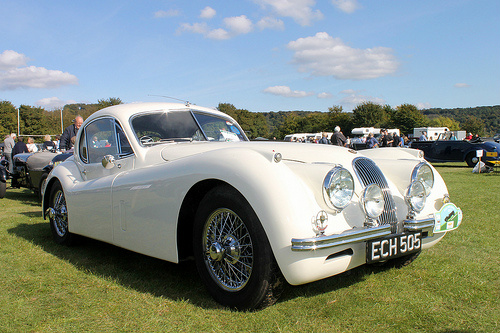 The XK100 sports car. In 1948, during the development phase of the XK Jaguar engine, a small quantity of a smaller unit were built to be fitted into an alternative version of what would eventually be known as the XK120.

This 4-cylinder, double overhead cam engine, with a three bearing crankshaft, had the same bore as the "120", but the stroke was shorter and so produced a unit with a 1970 cc capacity.

The engine was destined to be used in the XK100 Jaguar sports car, a smaller version of the "120", the only difference between the two being the engine size. It was to be marketed in the UK only.

In the end, of all Jaguars cars, this one never reached the production phase since the cost of production would have been almost the same as that of the XK120.

Now that the newly developed 6-cylinder, double overhead cam engine was available, all that was needed was to find an exciting outlet for it.

Using a shortened version of the chassis used in the Jaguar Mark 7 saloon, together with aluminium body panels, the XK Open Two Seater Super Sports, as it was called, was introduced at the 1948 Motor Show, and marketed as a low volume speciality car.

It was the first Jaguar sports car to be built since 1940.

The car was a sensation, with orders overwhelming the production capabilities such that the body had to be redesigned using steel rather than aluminium panels so that it could be built on a production line.

The first 239 units were hand made with wooden frames, and production did not come on stream until the convertible appeared in 1950, when it was renamed the XK120 Jaguar sports car.

Since the engine was developed during the war, it was designated by the symbol "X", meaning experimental, and the 120 referred to its top speed.

The convertible used basic hood and sticks weather protection plus detachable side screens, whilst the drop head coupe had wind up windows and a decent hood that could be stowed away. Jaguar cars performance: 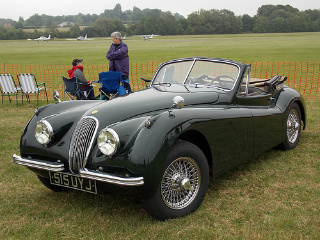 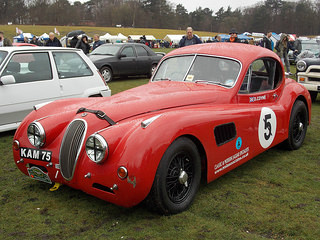 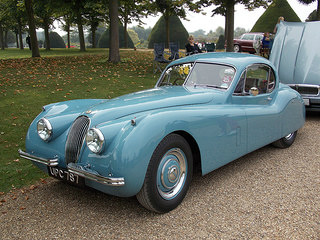 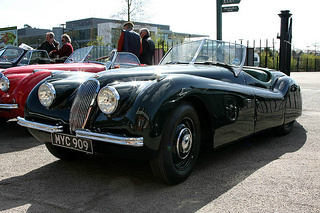 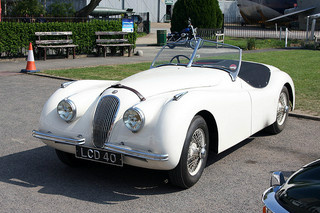 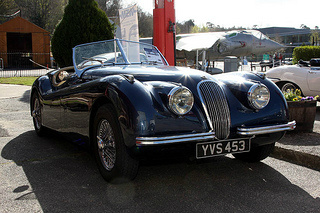 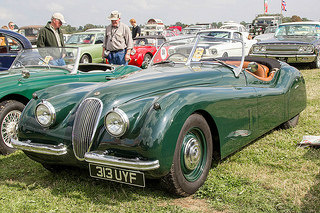 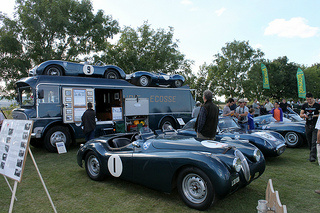 When 16 inch steel wheels were used, spats were added to the rear wheels. The XK120 was fitted with:

In 1949, on a Belgian motorway, this Jaguar sports car reached 135 mph, fitted with an aeroscreen and tonneau cover.

The convertible was successful on the track and in rallies.

The XK's highly successful design saw it's capacity subsequently increase to 3.8 and 4.2 litres, and continue in production until well into the 1980's.

The XK120 would always be a Jaguar cars classic.