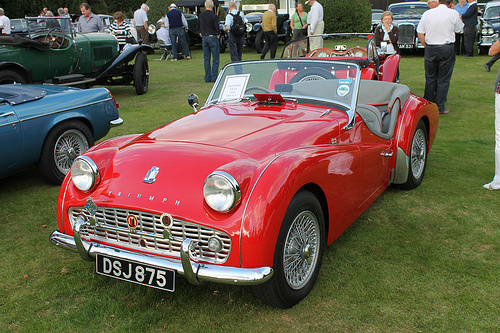 TR3A On The Track 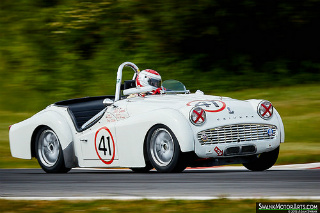 The Triumph TR3A sports car. In 1957, the TR3A was introduced, being targeted, primarily, at the US market.

It was, essentially, an updated version of the Triumph TR3, which included:

The TR2, TR3 and TR3A all used the same 1670 cc engine, with wet liners, from the Standard Vanguard and Ferguson tractor, which was bored out to 1991 cc.

An interesting benefit of this was that, in farming communities, such as those in Australia, many of the engine parts were the same as those in the farms' Ferguson tractor.

In 1956, the TR3 was the first production car to include disc brakes on the front wheels, and this feature was continued in the TR3A.

This made its breaking ability quite formidable, and as such increased its popularity on autocross circuits.

The designation "TR3A" was not officially sanctioned, and therefore the car did not display such a badge, nor was it referred to as such in any sales literature. 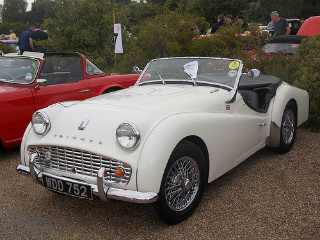 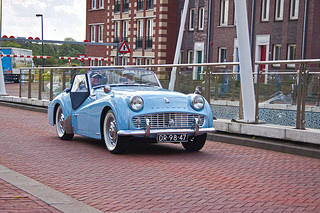 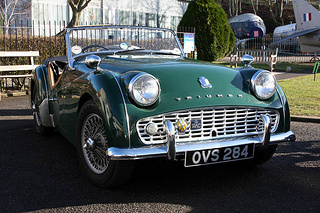 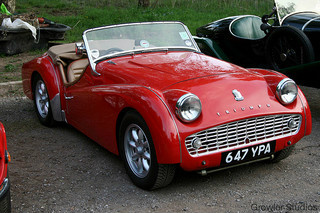 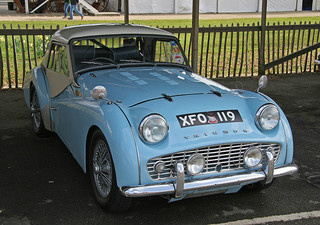 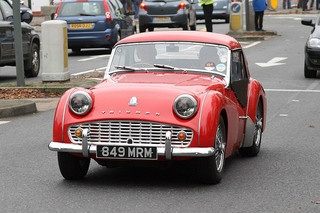 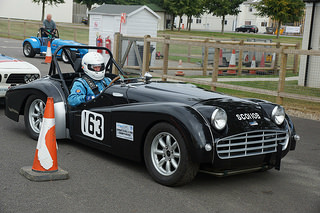 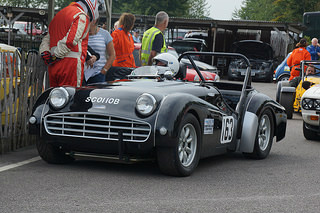 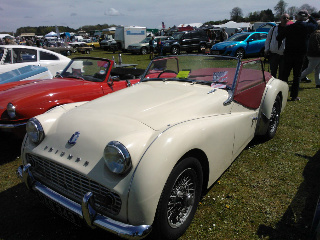 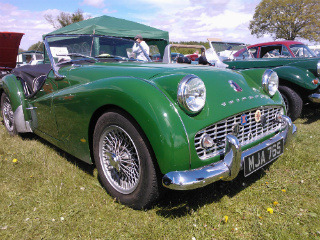 It had a reputation for reliability, and for this reason three TR3A's were entered into the 1960 Le Mans 24 hour race.

Although they did not win, all three completed the race, and were placed in ninth, eleventh and fifteenth positions.

It is worth noting that the TR3A was the third best selling TR, behind the TR6 and TR7.

This was probably influenced by the fact that, compared with the TR2 and TR3, it was, I feel, a much more attractive car in terms of visual appeal.

Furthermore, the competition was certainly not backward in terms of being forward thinking:

As for the TR, the all new, redesigned Triumph appeared in 1961 in the form of the TR4. The legend continued.