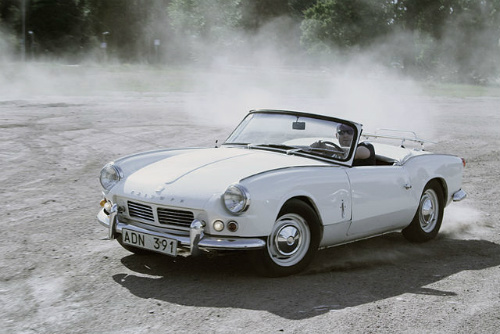 Following production of the Mark 1 sports car from 1962-64, the Spitfire Mark 2, priced at £550, was introduced in late 1964 and was, apart from a modified grille, alternative badges, redesigned seats, and replacing rubber mats with carpeting, very similar to its predecessor.

The main feature centred on the 1147 cc, straight-4, OHV engine which had now been tuned by the use of a modified camshaft, water cooling the inlet manifold, and upgrading the exhaust manifold.

Fitted with a four speed manual gearbox with optional overdrive on the top two gears, it now produced a top speed of 96 mph, with 0-60 mph in 15.0 secs, and an overall fuel consumption of 38 mpg.

Apart from the addition of a diaphragm clutch, body and components remained unchanged.