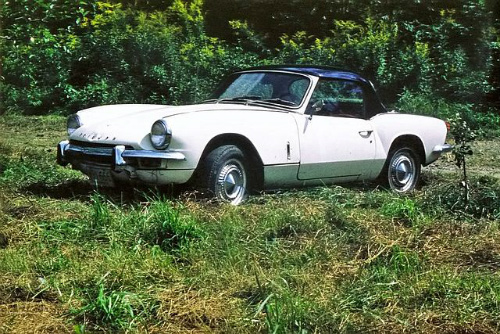 This involved raising the front bumpers, adding reversing lights and a folding soft top, and improving the interior.

However, in 1969, to comply with US emission control regulations, compression was reduced to 8.5:1 and a milder camshaft was used which reduced output to 68 bhp and 73 ft/lbs of torque, with 0-60 now down to 14.3 secs.

When production ended in 1970, a total of 65,320 Spitfire Mark 3 sports cars had been built, with three quarters being exported, mostly to the US.