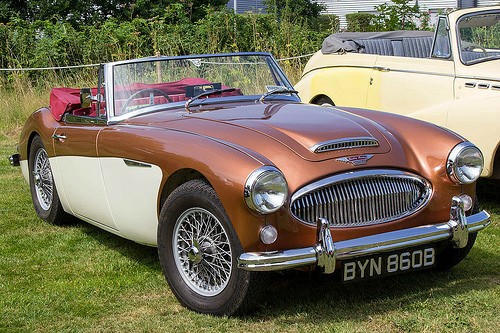 The Austin-Healey 3000 Mark 2 sports car was phased out in October 1963 after a production run of two years in which a total of 11,564 units were built of the three Mark 2 variants.

It was immediately succeeded by the Mark 3 which itself remained in continuous production until 1967.

Unlike its predecessors, it was offered only as a 2+2 variant.

Designated the BJ8 sports car, it was the most powerful and luxurious of all the Big Healeys, sporting:

Optional extras were much the same as those available with the Mark 2, and now included leather seats.

An obvious change was that the interior trim was now made of Ambla vinyl.

It had servo assisted brakes, which were now standard equipment. 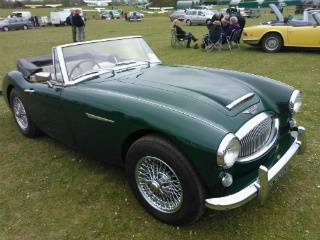 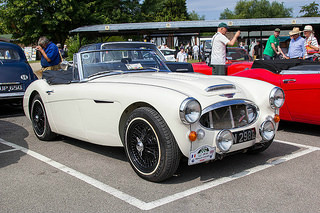 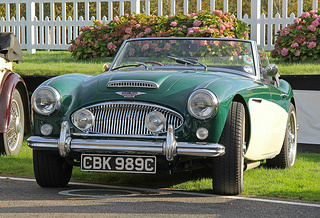 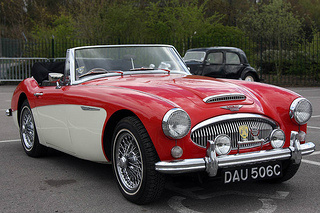 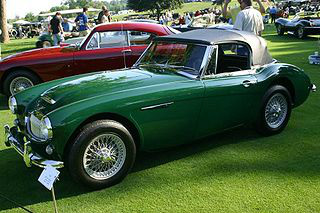 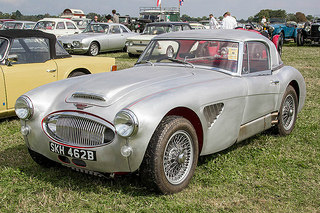 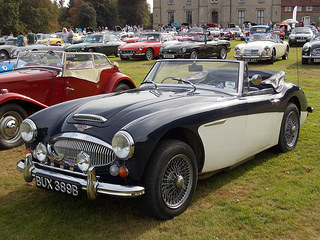 A "Phase2" version was introduced in May 1964 with a modified back axle and alterations to the chassis, which allowed increased suspension travel.

A lowered frame allowed ground clearance to be increased by a full one inch.

However, by the mid 1960's, even the relatively plush Mark 3 was beginning to show signs of being a little old-fashioned.

Unfortunately, by then, BMC had to contend with new US safety and emission regulations.

As a result, it was decided that it would not be cost effective to modify the Mark 3 in order to satisfy these requirements.

The Mark 3 became a US export success since its aura of glamour and performance suited the mood of that market.

The Big Healeys had a successful history in competitions, and competed at the major racing circuits, including Sebring in the US, Le Mans in France, and the Mount Pleasant circuit in Australia.

BMC supported a works race and rally team, which was active from the early days of the Healey.

However, the works team and their cars was disbanded in 1965 due, in part, to the up-and-coming success of the Mini Cooper S works team.