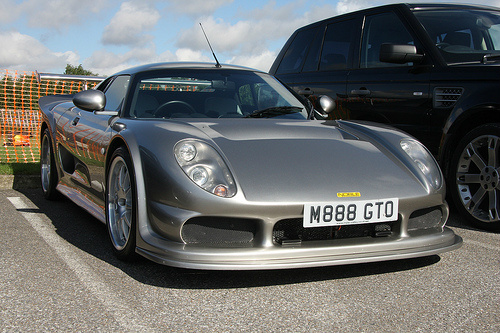 The Noble M12 GTO sports car was launched in 2000. Following its success, the company then introduced the M12 GTO-3 in 2003 which featured:

Then, in 2005, Noble launched a variant aimed specifically at the track.

This was the two door, two seater, rear wheel drive Noble M12 GTO-3R, which took over where the GTO-3 left off.

An important feature, only on the GTO-3R, was referred to as an automatic torque biasing differential, produced by Quaife Engineering.

It was a form of limited slip differential that utilised helical gears, instead of clutch mechanisms, that were activated either by mechanical means or by computer.

The benefit of this system was that power was concentrated on the particular wheel requiring additional torque, such as when coming out of a fast turn.

The cabin's particularly spacious interior had leather trim, there was additional sound-deadening to reduce noise from both the engine and track, it included an engine start button, both seats and steering column were adjustable, and there was a full roll cage

In terms of distinguishing between the two variants, the GTO-3R was fitted with twin covered headlights, and a specially designed alloy steering wheel incorporating ten spokes.

It used AP Racing's 13 inch vented and drilled discs all round, and had a curb weight of just 1080 kg, only 100 kg more than the GTO variant. 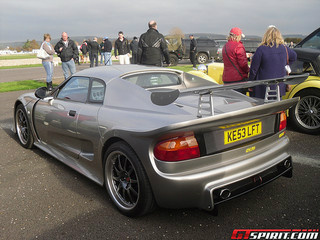 Powered by the same all-alloy, DOHC, 24 valve mid-engine as in the GTO-3, the five speed manual gearbox was replaced with a six speed manual Getrag unit in which the gear ratios were revised with the result that, when travelling at the legal speed limit, the engine was turning over at only 2700 rpm. 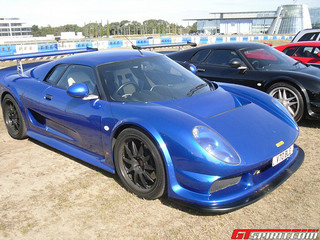 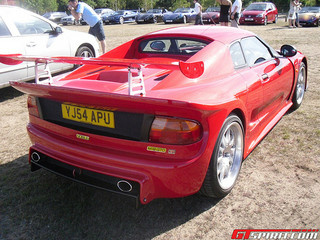 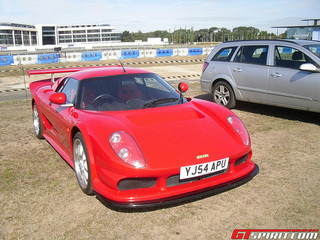