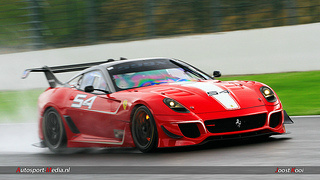 In 2011, Ferrari presented the 599XX sports car fitted with an Evolution pack which featured a completely redesigned exhaust system and rear wing, together with further upgraded electronics, and the use of new Pirelli tyres.

A key feature of this sports racer was its rear wing which adjusted itself, as required, to produce the most optimum cornering characteristics.

This was achieved by the positioning of two flaps which were able to move in such a way that they regulated the down force between the front and rear of the car.

Compared with the 599XX, the Evo variant actually weighed in at 35 kg less.

This represented a power increase of 30 bhp over that produced by the 599XX. 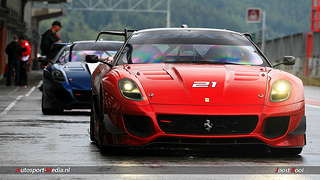 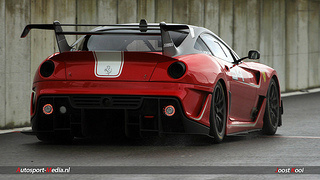 The following shows how the Ferrari 599XX Evolution compared with some of its rivals: Gumpert Apollo, Lamborghini Murcielago LP670 SV, and McLaren MP4-12C. Ferrari performance: