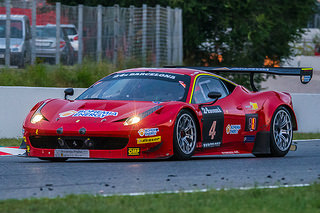 Additional weight reduction methods meant that the GT3 was slightly lighter than the GT2.

The GT3's aerodynamics were improved by the addition of a different front bumper, enlarged air vents for more efficient engine cooling, very small windows, and alternative side skirts.

The interior received liberal use of carbon fibre fitments.

The Ferrari 458 Italia GT3 sports car was designed and developed exclusively with an eye to the track and, as such, was a world apart from the 458 Italia.

It was not road legal, and had a dry weight of only 1214 kg, substantially less than that of the road variant.

It was fitted with flared wings all round, whose width had been increased by 10 cm. Other additions included:

However, modifications to the engine had, as their primary objective, the production of more torque, rather than an increase in output.

In terms of external appearance, the fact that the 458 Italia GT3 racer was lighter, lower, developed more torque, and had an aggressive rear wing made it a force to be reckoned with.

In a summary of its race credentials, amongst its numerous place wins was that it was a four times winner of the 24 Hour race at Spa. 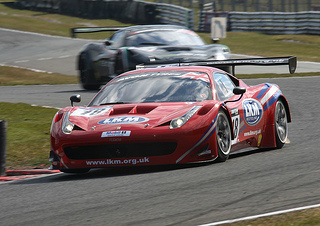 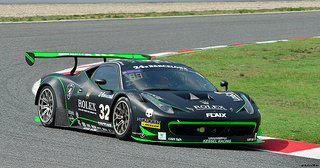