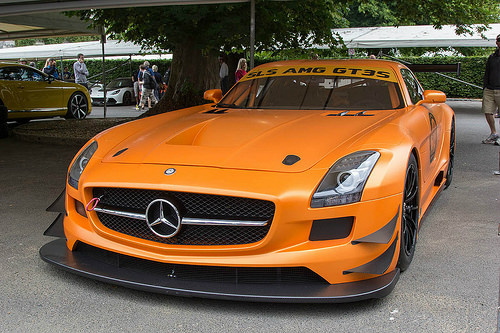 This 2011 two door, two seater, gullwing sports car racer was the track version of the SLS AMG Coupé, and was developed in accordance with the GT3 regulations of the FIA.

With aluminium body panels and a space frame chassis, it had a curb weight of 1340 kg, and used vented carbon ceramic disc brakes all round.

A front splitter, rear diffuser and a large rear wing provided the necessary down force.

It finished third at its debut in the 2011 Dubai 24 Hour race and, a year later, took first three positions in the same race. 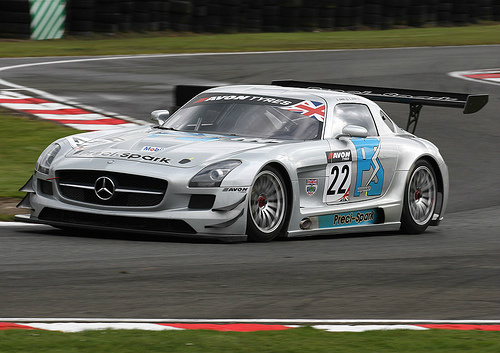 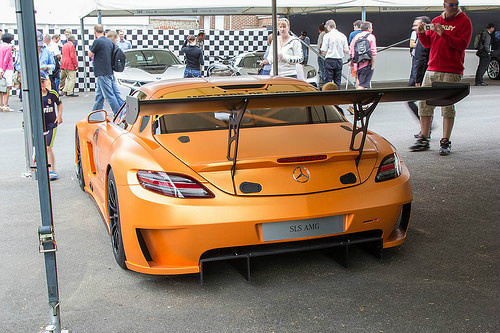 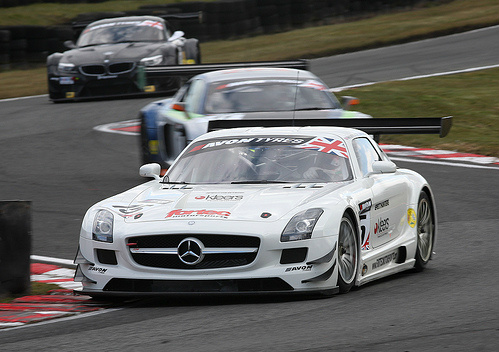 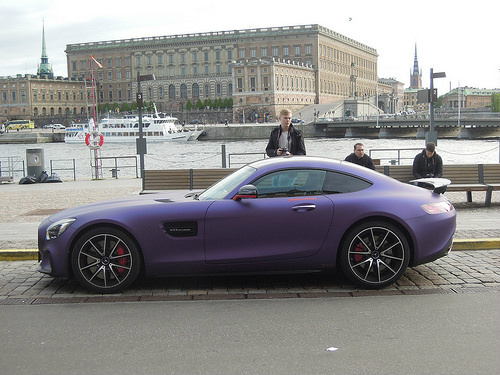