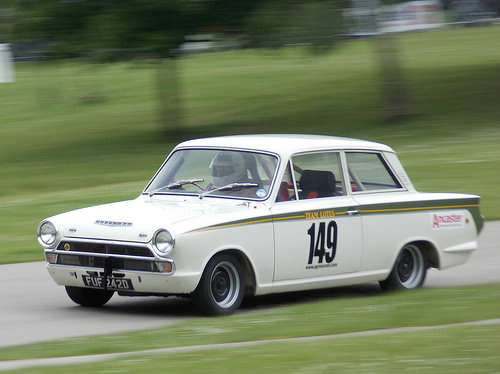 Based on the 4-5 seater Ford Cortina Mark 1 saloon car, the Lotus Cortina Mk1 sports car was introduced in 1963, priced at $2548, with an eye to increasing Ford's performance profile.

Furthermore, once 1000 units had been produced, it would be homologated (official permission) for FIA Group 2 racing.

The suspension was modified by replacing leaf springs with coil springs at the rear and altering the dampers to reduce the ride height.

Fitted with front quarter bumpers, the cars were painted white with a distinctive green stripe down the side.

With a fibreglass body and a curb weight of only 839 kg, it used Girling disc brakes at the front and drums at the rear.

In 1964, a works car won the British Saloon Car Championship. 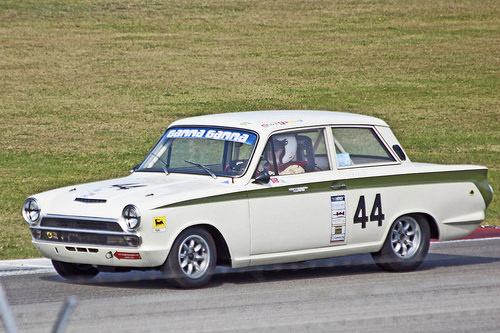 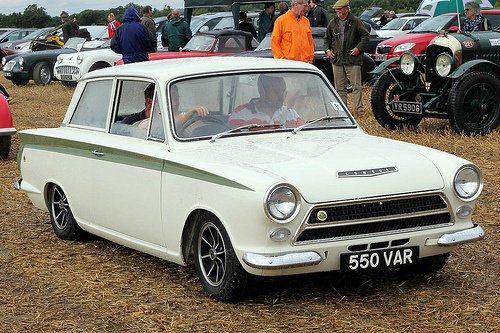 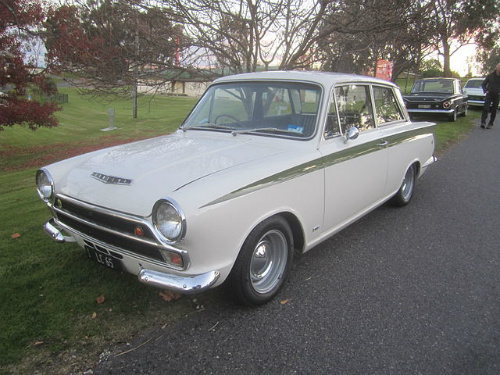 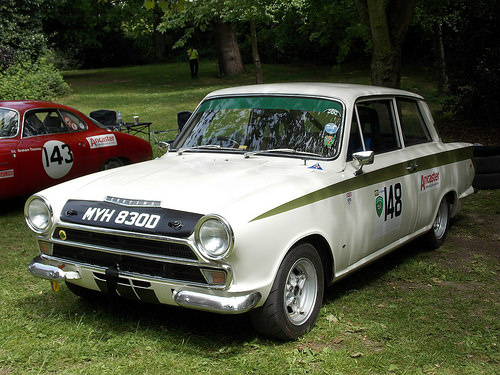 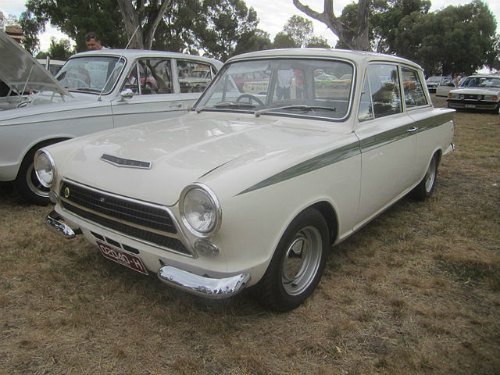